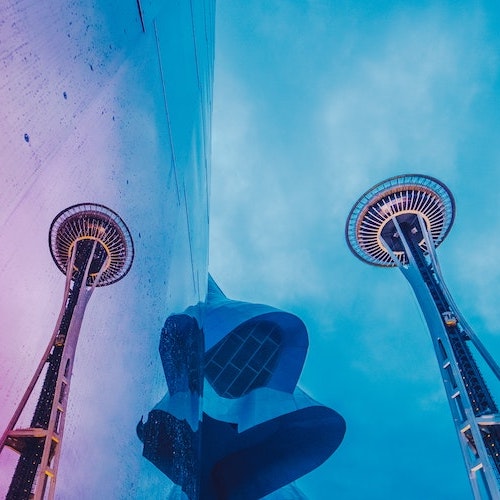 On the podcast this week Ian Benouis shared with us the power of plant medicines such as Cannabis, Ayahuasca, Ibogaine, and 5MEO-DMT to heal PTSD and other traumas. These plant medicines are literally providing a lifeline for some veterans returning home from war, many of whom find the predictable, pharmaceutical solutions to PTSD and depression either ineffective or fraught with too many undesirable side effects.

While Ian is focusing his energies on advocating for the rights of veterans to work with plant medicines he is quick to mention that these rights should exist for all people. Everyone should have the right to work with these tools, either for therapeutic purposes or for personal exploration and discovery.

I wholeheartedly agree with Ian. This is a big reason why I’ve started Hacking Consciousness: to promote a thoughtful and mature conversation about the ways in which people can use psychedelics for personal growth, exploration and evolution.

That said, I do think there is something particularly offensive in a bunch of politicians telling veterans that they don’t have the right to decide for themselves how to heal from the wounds of war.

These people put their lives on the line for their country. If Cannabis or Ayahuasca is more effective at helping some veterans to heal from their PTSD than Prozac or Zoloft, who thinks they have the right to tell these servicemen and women that this most personal of choices isn’t theirs to make?

Like the military industrial complex, the prison industrial complex and the drug war that has fuelled it is very much a bipartisan issue. Regardless of party affiliation, many of those who have been the most diehard proponents of the drug war are often the very same politicians who LOVE to wrap themselves in the flag and talk about supporting the troops.

So as more veterans begin to wake up to the healing power of these plants will this group, the people who know what it’s actually like to fight a war, be the ones to help end the colossal failure that is the war on drugs?

Let’s make no mistake. This is a war. It’s a war on consciousness: a denial of an individual’s right to explore the most basic and personal of spaces, one’s own mind.

It’s a war against rural areas and inner cities.

It’s a war on Republicans, Democrats, and Independents alike.

It’s a war that–undeniably, statistically speaking--has been one giant, abysmal failure: an obscene waste of money with a return on investment so poor that any business would have closed down this operation ages ago.

Drug addictions rate in the US have remained the same even as taxpayer costs have exploded.

Even worse than the squandering of financial resources has been the horrific destruction of human lives around the globe, a causality list far too long to catalogue in this blog post by a picture that Johann Harri so eloquently illustrates in his masterpiece, Chasing the Scream.

And now it’s a war on veterans, perpetrated by the same political class that sent them into war, one of which was totally unnecessary and for which the loudest voices were often politicians who never served a day of their life in uniform. In fact, many of these people received multiple draft deferments when their number was called.

Americans have too easily tolerated the atrocities of the drug war and the prison industrial complex when these crimes were perpetrated against people of color, as the mechanisms of the state served to function as The New Jim Crow, an argument that law professor Michelle Alexander systematically and brilliantly demonstrates in her book by that same name.

Now many veterans have to break the law in order to access treatments to heal their wartime trauma. As more veterans seek these treatments this raises a major political and cultural question:

Are we as a society seriously going to imprison veterans for breaking the law to access treatments for their wartime wounds? If this is not the most grotesque manifestation of the drug war–at least, one that is the least palatable to the American electorate–I don’t know what will end this nightmare.

Will this finally be what WAKES US UP as a people to what the drug war really is: it’s not a war on drug use, which has been raging despite escalating violence and the ineffectual propaganda campaign that masquerades as drug education in US schools (scientific studies have shown that DARE is completely ineffective at reducing teenage drug use).

Teenage drug use has actually increased under the DARE program.

This is a war on people of all colors, all ages, and all political affiliations.

It’s a war on freedom.

Can the seemingly unstoppable machinery of the drug war and the prison industrial complex finally be brought to its knees?

Can we all finally agree that we’ve made a massive mistake, acknowledge that prohibition against other drugs doesn’t work any better than it did against alcohol, do the mature thing, and change our minds just like we did when we repealed the 18th Amendment with the 21st?

In fact this time the hurdles are MUCH lower. We don’t need to pass a constitutional amendment, but to continue the strong forward momentum of changes laws at the state level, starting with cannabis, then move on to the federal government.

Though Washington seems broken this issue holds the promise of broad bipartisan appeal, especially if more and more veterans continue to speak up about what these medicines are doing for them.

American society owes its veterans a great deal. At the VERY LEAST, we need to help them have access to quality and affordable physical and mental health care, whether that takes the form of a SSRI pill from a pharmaceutical company or medical marijuana or an Ayahuasca ceremony.

Let’s exert pressure on any politician who has the audacity to tell them otherwise. And together let’s fight to end a war that cannot be won, that never should have been waged, and that offends the most basic of our cherished freedoms: the right to explore our own consciousness.