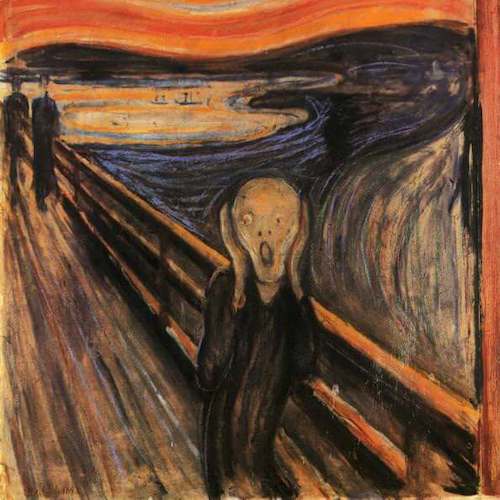 In my previous post “The War on Drugs is a War on All of Us” I talked about how the drug war has reached a new low: it designates veterans as criminals for the crime of seeking alternative, natural solutions, such as Cannabis and Ayahuasca, to the trauma of war.

This is what the drug war does: it turns large masses of non violent people, good citizens, into criminals. It denies people the right to make the most basic of choices. Moreover, it does so along criteria that make little to no sense in terms of the actual scientific evidence concerning the threat of these substances to society.

Just like the prohibition on alcohol, the prohibition on these other substances is a colossal failure. Now we’re realizing that our current policy also involves denying access to tools that have great medicinal and therapeutic value, as well as the potential to unlock creativity and to enhance problem solving.

This is the ruthless machinery of the Prison Industrial Complex and the Drug War in action.

For those of us who are inspired by the activism of individuals and organizations like Ian Benouis, Veterans for Entheogenic Therapy and Weed for Warriors, how can the rest of us make a difference?

“The rest of us” being not just those of us who benefit from the use of plant medicines and psychedelics but also:

2) those who believe in an individual’s right to freely explore their own mind in private, peaceful settings

It’s important for people with cultural capital and political power to SPEAK UP.

Veterans have lots of political power. No politician wants to be seen as anything less than a strong supporter of veterans.

Other groups also have lots of cultural capital. Leaders in the business community. Entrepreneurs. Doctors, nurses, and other medical professionals and researchers. Academics and educators. Journalists and those working in the media. Designers and artists.

People in certain professions, like lawyers, understandably can’t, for legal reasons. In other professions the cultural pressure to stay silent is strong. As a former K12 teacher I can certainly empathize with this position.

It’s no secret that drug laws are applied very unevenly along racial lines: even though drug use are approximately equal between whites and blacks, arrests for drug use fall overwhelmingly and disproportionately against people of color.

Speaking frankly, educated middle and upper class white people need to be more vocal. Depending on our background, where we live, and what we do, this can be a very challenging conversation to have.

But if we can’t talk about it who can? Black and brown people–even those who are highly educated and middle to upper class–assume a magnitude of risk in speaking out that their white counterparts do not share.

I appreciate how difficult it can be to discuss topics that are culturally taboo. But this inertia–this deafening silence–has underwritten the perpetuation of injustices past and present. It’s this silence that’s underwriting our current regime of Mass Incarceration, this horrific incarnation of “American Exceptionalism:” that “the US locks people up at a faster rate than any other country.”

“In the end, we will remember not the words of our enemies, but the silence of our friends.”

Contrary to popular perception historical progress doesn’t descend from the grace of gifted leaders seated upon high, but bubbles up from the many, persistent actions of ordinary men and women who can no longer stomach staying silent in the face of overwhelming hypocrisy and injustice.

Though we talk about someone like Martin Luther King precisely because he was so remarkable, what made the Civil Rights Movement so successful was the inspiring courage of ordinary people who ferociously, lovingly and nonviolently brought down the monster that was Jim Crow.

The Civil Rights Movement ignited a renewal to commit to the deepest values that actually underpins the United States. It demanded that the US live up to the grand promises that it claimed to represent.

Paradoxically, the potential for dismantling the Prison Industrial Complex is so bright precisely because this system of oppression has been so merciless: for the victims of the drug war hail from every different demographic group in American society.

If veterans seeking solutions for their PTSD start getting caught up in the drug war, America might have to take a hard look in the mirror that it’s been avoiding for decades.

The limited effectiveness of many pharmaceutical drugs, their serious side effects, and their outrageously high costs are also what’s fuelling this small but rapidly growing interest in plant medicines, such as Ayahuasca, and other psychedelics.

Western science and medicine is beginning to validate the medicinal and therapeutic value of substances such as MDMA and psilocybin (found in “magic mushrooms”) to treat a range of ailments, from PTSD to depression to addictions to end of life anxiety for those with terminal illnesses.

While talk is cheap, rational dialogue in which evidence supports ideas and scientific data informs public policy, is the foundation for political discourse. It is really the only hope we have for a functioning democracy.

Can you find the courage to speak up, even if it begins with a whisper? Can you start simply by sharing this knowledge with others close to you, especially those that might be uniformed or even opposed to such ideas at first?

Let them know about the solid scientific research as well as the powerful stories from veterans and many others validating the therapeutic and medicinal benefits of these substances.

Here are a few resources that can steer you in the right direction:

What starts with a whisper builds into a chorus that swells into the scream that rattles the halls of Congress. That’s the sound of the song that will shatter this savage, heartless, broken machine into a million little pieces.