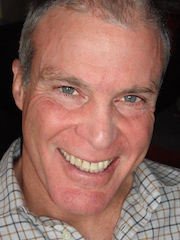 This week on Hacking Consciousness: science writer John Horgan on his book Rational Mysticism. We explore the following topics:

John Horgan is a veteran science journalist and Director of the Center for Science Writings at Stevens Institute of Technology, Hoboken, New Jersey. He writes the “Cross-check” blog for Scientific American (https://blogs.scientificamerican.com/cross-check/). His books include The End of Science, The Undiscovered Mind, Rational Mysticism and The End of War. He is now completing a book on the mind-body problem.​

Horgan’s work has been covered by print, radio, and television media, including The New York Times, PBS, BBC, MSNBC and National Public Radio. His awards include the Science Journalism Award of the American Association for the Advancement of Science and the National Association of Science Writers Science-in-Society Award.

Where to Find John: