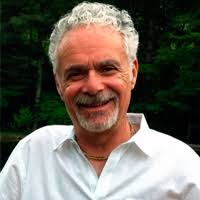 On this episode Raghu Markus shares his deep knowledge of the Bhakti Yoga tradition. He talks about what he learned from his own teacher, the legendary Neem Karoli Baba, and how we can all learn to live with more wisdom, compassion and trust.
Guest Bio:
Raghu Markus is the Executive Director of the Love Serve Remember Foundation, which is dedicated to preserving and continuing the teachings of Neem Karoli Baba and Ram Dass.
As a young man, Raghu spent two years in India with Maharaji and Ram Dass. He has been involved in music and transformational media since the early 1970s when he was program director of CKGM-FM in Montreal. In 1974 he collaborated with Ram Dass on the box set Love Serve Remember.
In 1990 he launched Triloka Records and Karuna Music in Los Angeles, California. Triloka established itself as a critical leader in the development of world music and for 17 years was home to such artists as Krishna Das, Hugh Masekela, Walela, Jai Uttal and transformational media projects that featured Ram Dass, Deepak Chopra, and Les Nubians.
Raghu owns Yatra Media and lives with his wife in Asheville, NC.
Topics discussed:

One thought on “#021: Bhakti Yoga with Raghu Markus”