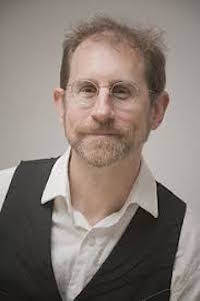 In this episode author and religious studies scholar Erik Davis and I consider the arguments of the New Atheists, particularly the work of Sam Harris. We contrast Harris’ approach to religion with that of Jordan Peterson, as well as Carl Jung and Joseph Campbell. Topics we touch on include:
Guest bio:
Erik Davis is an author, podcaster, award winning journalist and popular speaker based in San Francisco. Davis was born during the Summer of Love within a stone’s throw of San Francisco. He grew up in North County, Southern California, and spent a decade on the East Coast, where he studied literature and philosophy at Yale and spent six years in the freelance trenches of Brooklyn and Manhattan before moving to San Francisco, where he currently resides.
He is the author of four books: Nomad Codes: Adventures in Modern Esoterica (Yeti, 2010), The Visionary State: A Journey through California’s Spiritual Landscape (Chronicle, 2006), with photographs by Michael Rauner, and the 33 1/3 volume Led Zeppelin IV (Continuum, 2005). His first and best-known book remains TechGnosis: Myth, Magic, and Mysticism in the Age of Information (Crown, 1998), a cult classic of visionary media studies that has been translated into five languages and recently republished by North Atlantic Press.
Erik has a PhD in Religious Studies from Rice University. He is the host of the Expanding Mind Podcast.
Links:
Techgnosis
Mentions:
Sam Harris, Jordan Peterson, Richard Dawkins, Carl Jung, Joseph Campbell
Please help to make Hacking the Self a sustainable project by:

7 thoughts on “#023: Sam Harris, Jordan Peterson & Contrasting Approaches to the Study of Religion with Erik Davis”