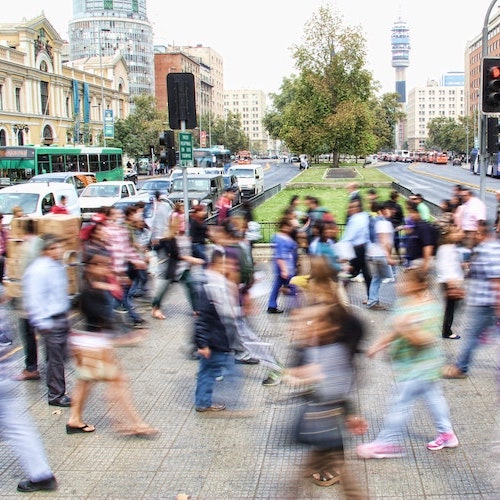 Jordan Peterson and Bret Weinstein are two renegade college professors who are making a splash in larger discussions of interest to many modern, Western societies, from challenges to free speech to what evolutionary biology can teach us about human behavior.

This latter point is of direct consequences to the topics that I’d like to explore on this platform: as I’m interested in interdisciplinary approaches to learning that can help people better understand themselves. I enjoy drawing on methods from a range of disciplines, from techniques that touch on the esoteric and the exoteric, and that focus on the individual as well as the role of the individual in relation to the group.

My training is in the Humanities, specifically History. Over the last eight years, since I’ve moved to Asia, I’ve become increasingly fascinated with the study of religion: both practical techniques such as meditation and yoga that allow me to cultivate more self awareness, as well as the study of myths from cultures around the world.

What both Jordan Peterson, a clinical psychologist, and Brett Weinstein, an evolutionary biologist, have helped me to appreciate is how evolutionary biology can provide us with tremendous insight into some of the questions raised by the study of the Humanities. Listening to Jordan Peterson and Bret Weinstein has helped me to realize how viewing many topics strictly through the lens of the social sciences–without any informed view from science–can be very limiting, and even deeply misleading.

One prominent example would be the concept of “dominance hierarchies,” which Jordan Peterson has become well known for popularizing. This idea refers to the universal biological fact that animals that have to compete for territorial space tend to organize themselves into fairly predictable hierarchies. This is true not simply of our primate ancestors but of all animals, extending all the way back to lobsters, 300 million years ago.

The behavior of male chimpanzees within a dominance hierarchy most closely mirrors the behavior of human males in several key respects, according to primatologist Frans De Wall.

Some of us mistakenly assume, Jordan Peterson argues, that the assembly of these hierarchies are due to socio-cultural-political forces, when in fact the hierarchies we find in society are the result of deeper biological forces. It’s a fascinating point worthy of deeper consideration.

It seems that we can debate the degree to which our specific cultural hierarchies are the result of socio-cultural-political forces or not–a combination of both seems undeniable in my view–but Peterson has made two basic points which should be beyond controversy:

2. A closer study of our evolutionary ancestors could provide us with much insight into human             behavior at the level of the individual and the group

On The Joe Rogan Experience, Brett Weinstein stated Peterson’s great contribution to the public discourse has been to encourage others to take the implications of evolutionary biology seriously: to really consider what evolution can teach us about human psychology.

As someone who has trained in the Humanities at the undergraduate and the graduate level (specifically, History and the teaching of History), I’m fascinated by many of the points that Peterson has been making. The Humanities always raised certain big questions for me, for which they were unable to provide satisfactory answers. For someone who likes to learn in an interdisciplinary way I have found Jordan Peterson to be a tremendous resource.

Rather than attempt to give some overview of what I’ve learned from Peterson, and Weinstein, I’d like to start by focusing on one big idea and developing it in depth over a series of blog posts.

My first series will be to take up Peterson’s challenge to seriously consider the implications of evolutionary biology for understanding human behavior–a journey that will touch on topics from psychology to sociology to politics.

I’ve started reading the work of Frans de Waal, a professor at Emory University who has dedicated his career to the study of our primate ancestors. De Wall has written a number of books on the behavior of chimpanzees and bonobos, and what they can teach us about ourselves and the way that we interact with each other.

In my next post I’m going to share some of the big ideas that I’m learning from reading de Waal’s work The Bonobo and The Atheist. I’m totally blown away by how fascinating our primate ancestors are and how much they can teach us about ourselves. I look forward to sharing what I learn with you.

If there any big questions on this topic that interest you please feel free to share them. I also enjoy hearing your comments.