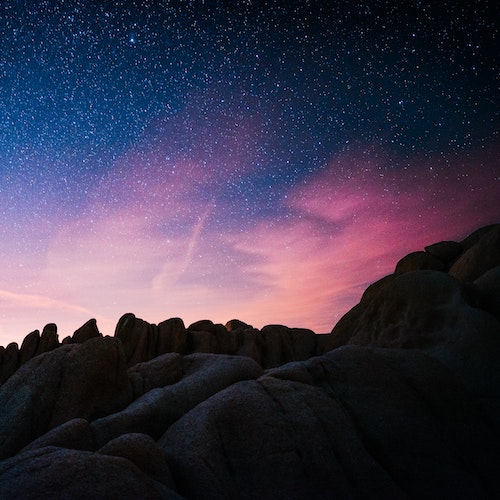 Recently I’ve read two books that have compelled me think to about the idea of “tribalism” is a very different way: Lost Connections: Uncovering the Real Causes of Depression: and the Unexpected Solutions by Johann Hari and Tribe: On Homecoming and Belonging by Sebastien Junger

Tribalism is a word that usually carries negative connotations and not without good reason. It conjures up images of religious sectarianism and political rivalries, both of which are all too often accompanied by divisive, dead end discussions at best, and, at worse, horrific violence.

While I think there are many authors out there who have romanticized our hunter gatherer past (nostalgia is a powerful force), I think both of the works by Junger and Hari offer compelling arguments for how the design of our social institutions now mistmatch our evolutionary design. While the benefits of modernity are plentiful, many of these developments are having a detrimental impact on our physical and mental health.

In this post I briefly consider why this might be the case, largely through sharing some of the findings of Junger and Hari.

The Central Problem: Lack of Connections

Both works underscore very similar themes that are worth grappling with, regardless of where you live, for the problems of modernity that these two authors describe affect the vast majority of people alive today. Both authors describe ways in which the modern world exacerbates mental health problems, from addiction to anxiety to depression.

The authors contend that the changes wrought by economic development disrupt connections to each other and to our natural environment that are essential for our mental and physical health. Junger, in particular, makes clear that these problems affect not only those in the developed world, but the vast majority of people on this earth, save for those rare pockets of tribal peoples whose lifestyles mirror those of our hunter gatherer predecessors.

These works follow a similar theme that I’ve mentioned in previous posts about taking the implications of evolutionary biology seriously, for understanding ourselves individually and at the level of society.

Essentially, for nearly our entire existence as a species we have evolved to live in tribal communities. The last 500 years of modernity in the West is a brief blip on the screen of human evolution. Even the last 10,000 years–since civilizations around the world arose through innovations in agriculture, domestication of plants and animals, and when human beings switched from a hunter gatherer lifestyle to a sedentary one– is just a snapshot of the longer timeline of human history.

As Junger notes in Tribe: “Genetic adaptations take around 25,000 years to appear in humans, so the enormous changes that came with agriculture in the last 10,000 years have hardly begun to affect our gene pool.”

In other words, the hunter gatherer lifestyle that characterized most of our existence on this earth has shaped how we are wired to live in this world. A central feature of our design is that we’re hardwired to be part of a tribe. Like chimpanzees and bonobos, we need to be deeply embedded in social networks–physical, not simply virtual ones!–in which each member of the tribe is deeply interdependent with one another. Competition is absolutely part of our nature, but so is cooperation, reciprocity, and trust trust that bind us together.

Both Junger and Harri contend that the more a society develops economically the more atomized and disconnected its inhabitants become. This shift from community to the (isolated) individual accounts for much of the mental health problems today. Consider the following claims and supporting evidence from Junger’s work:

Notably, other researchers cast doubt on the claim that depression rates rise in proportion to the degree to which a country becomes developed, including the findings of a team at the University of Queensland in Australia, summarized in this article from The Washington Post, which concluded that countries in the Middle East and North Africa suffer the highest rates of depression.

[Note: by modern in this context I don’t mean “wealthy” or “developed” but societies that are not tribal, hunger gathers].

“In effect, humans have dragged a body with a long hominid history into an overfed, malnourished, sedentary, sunlight-deficient, sleep-deprived, competitive, inequitable, and socially-isolating environment with dire consequences.”

In recent years more scientists and social commentators have written about how our modern, urban, sedentary lifestyle has taken a toll on our physical health. A few of the common culprits include:

Trapped in office buildings we don’t get adequate sunlight. Stuck at desks all day long, and commuting to and from our work, we don’t get enough exercise. Congested in cities we breathe air that is polluted. The list goes on and so many of these problems (light and sleep, diet and obesity) are inseparable.

Of course, we also know that our mental and physical health are inseparably connected. Exercise, diet, sleep, sunlight: all of these play a significant role in regulating our mood. Yet another crucial variable in shaping our mental health and happiness is the quality of our personal relationships.

Social relationships have a significant impact not only on life expectancy but also on a range of other health outcomes, from cardiovascular disease to cancer to inflammation. This peer reviewed study outlines a number of these findings.

Both Junger and Harri talk about how the highly unequal allocation of resources within many countries today has serious implications for mental health.

Regardless of your political philosophy on the role of your government, the effect of income inequality on the mental health of people living in these cities is quite compelling. Notably, I encountered this evidence long before reading the work of Junger and Harri. Studies tend to show that rising levels of inequality (as measured by the gini coefficient) leads to declining levels of mental health overall, and particularly for those at the lower end of the income scale.

Again this is where evolutionary biology and related fields like primatology can be highly instructive. We know from studying our primate ancestors that those animals on the bottom end of a dominance hierarchy experience higher levels of stress. If you’re interested in detailed evidence for the impact of dominance hierarchies on primate mental health, and the implications of this findings for humans, you should check out the work of Frans de Waal, or Robert Sapolsky Why Zebras Don’t Get Ulcers.

Many reputable, peer reviewed studies such as this one, “Income Inequality and the Prevalence of Mental Illness: a preliminary international analysis,” suggest that this is also evident in humans when we compare societies with varying levels of income inequality. The greater the disparity in income, the greater prevalence in mental health overall.

Moreover, when we look within countries and smaller geographic areas, like states in the US, we can see strong evidence for the argument that those at the bottom end of the income ladder (i.e. the dominance hierarchy) have significantly worse outcomes for mental and physical well being.

People living in modern societies have “lost connections” in many ways: to the natural environment and to each other. The implications for this disconnection span a whole series of issues pertaining to physical, mental and emotional well being: obesity, poor sleep quality, anxiety, depression and substance abuse–to name just a few.

While turning back the clock is clearly not a viable solution, findings ways to re-establish the most basic of connections to life on this planet–to the natural environment and to each other–seems to be the most central challenge of our time, as well as the most reliable way to improve your own physical, mental and emotional health.

Books Referenced in this Article:

If you purchase the above books through the links that I provided I’ll earn a small commission through Amazon Affiliate Marketing. I do not have a relationship with the authors of these books to market their works. As of the writing of this post I have never met or spoken to any of the above authors. I merely enjoyed these books myself and I want to recommend them to others. They are all books that I would highly recommend. Affiliate marketing is one of the few ways that I attempt to earn an income stream to offset the costs of operating this website.