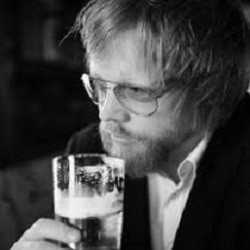 In this episode I spoke with philosopher Peter Sjostedt-H about the work of Fredrich Nietzsche. Peter tells us why the great German philosopher Fredrick Nietzsche is still relevant to our own era.

Peter and I discuss he following topics including:

Peter Sjöstedt-H is an Anglo-Scandinavian philosopher of mind and a metaphysician who specialises in the thought of Whitehead, Nietzsche and Schopenhauer, with special regard to panpsychism and altered states of sentience. Peter received a Bachelor’s degree in Philosophy and a Master’s degree in Continental Philosophy from the University of Warwick, where he was awarded a first-class distinction for his dissertation on Kant and Schelling in relation to ‘intellectual intuition’.

He subsequently became a Philosophy Lecturer in London for six years but is now engaged in his PhD at Exeter University where he also teaches philosophy modules and writing skills. Peter is the author of Noumenautics and an inspiration behind the inhuman philosopher Marvel Superhero, Karnak.

In the words of futurist, philosopher and pop star Alexander Bard: ‘One of our favourite contemporary philosophers, Peter Sjöstedt-H…think a psychedelic Nietzsche’.

2 thoughts on “#027: What Fredrich Nietzsche Can Teach Us about Today with Peter Sjostedt-H”