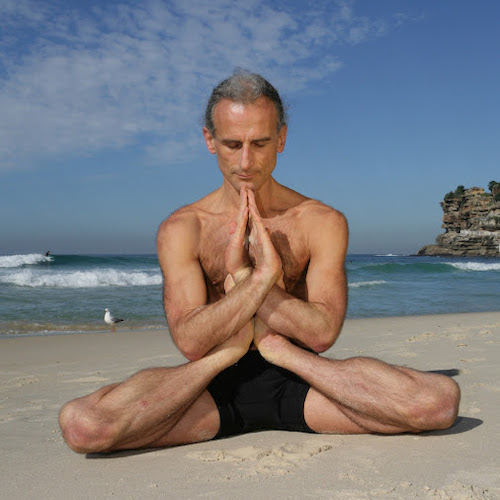 This week I speak with Simon Borg Olivier, co-founder of Yoga Synergy in Sydney, Australia. Simon and I discuss the unique approach style of yoga that he and his business partner, Bianca Machliss, have developed: Yoga Synergy, which they describe as an adaptation of traditional hatha yoga for the modern Western body.
As someone who has completed a 200 hour yoga teacher training with Simon, I can personally attest to the quality of Simon’s gift for the craft of teaching, as well as his genuine warm and kindness. He is a wealth of knowledge and a rare combination of talents: a former lecturer in Molecular Biology at the University of Sydney who went back to do another degree in physiotherapy after discovering his passion for yoga. Simon brings a keen scientific mind to his discussion of how best to practice yoga, and also integrates his more recent love of Qi Gong and Traditional Chinese Medicine into his practice.
I hope you enjoy our conversation.
Guest Bio:
Simon Borg-Olivier MScBAppSc (Physiotherapy) is a Co-Director, with Bianca Machliss BScBAppSc (Physiotherapy) of Yoga Synergy, one of Australia’s oldest and most respected yoga schools. The Yoga Synergy style is based on a deep understanding of yoga anatomy, yoga physiology and traditional Hatha Yoga. Simon has been teaching since 1982. He is a registered physiotherapist, a research scientist and a university lecturer. Simon has been regularly invited to teach at special workshops and conferences interstate and overseas since 1990.
Simon and Bianca run international Yoga Synergy Teacher Training Courses both internationally (yearly in Goa, India) and also in their home town of Sydney Australia. The next Yoga Synergy 200 hour Teacher Training Courses will be running in (1) Sydney from May 8th 2015 to November, (2) Sydney from September 2015 to August 2016, and (3) Goa, India from March to April 2016.
Shownotes:
Coming soon.
Links:
Yoga Synergy
Simon’s Personal Website